It’s normal to wonder why people hate NFTs and what reasons make owning an NFT bad. So we go in-depth on the common causes behind why so many people hate non-fungible tokens.

First, we explain what hating NFTs means and how to hate forms for noncollectors.

Non-fungible tokens have a formidable reputation for repairing since missing most promises this new technology had for society.

Where Does Hate Come From in the NFT Space?

Hate’s a strong word, and it exists everywhere. It’s essential to know hate can show up in many forms, especially envy or jealousy, wanting what others may have or are doing.

Additionally, hate often originates from a lack of understanding or knowledge as a root problem.

Collecting Non-fungible tokens can be confusing or complicated and requires a learning curve that people who do not have the time can create hate.

Also, when others are becoming good at earning high returns of 200% or 500% of their original investment, it’s easy to hate due to wanting the same.

Lastly, some artists hate nfts because it lacks protection for their artwork, and others can easily rip off their hard work.

Here are the most common reasons for what causes hate in the nft space, whether you are a collector, creator, or none of the above.

4 Reasons Why NFTS Have Hate

A non-fungible token is considered (irreproducible); however, in reality, it’s a digital receipt referring to artwork hosted elsewhere. In other words, it’s a link that can become functionally worthless, referring to a 404 error if the art vanishes.

For example, servers that aren’t maintained or crash can lose that hosted artwork, and your nft disappears without warning.

The hype around non-fungible tokens owned copyrights on digital items, which were the first of their kind.

However, while smart contracts allow you to include explicit details around copyrights, most projects opt not to include them.

This misconception has caused many collections to lose their value once they found out they didn’t own the rights to the artwork itself.

Imagine if Disney nfts gave you the right to use Disney’s logo at any time since you’ve bought in their first series collection. However, that creates issues for companies and isn’t realistic.

Those who aren’t as knowledgeable about smart contracts, the blockchain, and how non-fungible tokens become targets for those who have malicious intent.

For example, new NFT projects are prone to rug pulls, which is deleting a collection’s presence after investors get involved.

Regulation is slowly catching up in the United States, where you can go to jail for conducting a ‘rug pull’ when publishing a project using crypto.

In addition, scammers get arrested for committing fraud worth 1.1 Million dollars.

Also, well-known companies and celebrities use non-fungible tokens as a money grab or a rich-quick scheme.

The lack of regulation impacts artists most because others can still use their crypto artwork as non-fungible tokens. No regulator questions if the person selling it is the original creator, and while intelligent contracts help with transparency, the blockchain can be complicated to look up this information quickly.

Until there are tools that help read blockchain code like contact addresses etc., easier, this problem will continue to happen.

Demand and Supply change quickly in the crypto space. Purchasing digital gear for your character is only valuable due to fake scarcity and bragging rights.

Those who don’t like either hate nfts and aren’t willing to ride out the dips.

Primarily due to how the blockchain introduced numerous mini economies across the gaming, music, and technology industries.

For example, the value of a digital collectible trading card could be $100 due to the current cryptocurrency price. However, since it’s a low mint number of 1 or 2, the rarity and demand increase along with the crypto coin’s price, and it’s now worth $100K.

As demand dies out, the frequency of those digital collectibles’ trading volume declines, and there’s a collapse in the crypto coin price. So your low-mint collectible is now only worth $50K.

Collectors try to time the market by selling at the top while it’s at $100K; however, it doesn’t always work out that way, and they end up selling when it’s too late or too early. They either panic when it’s at $50K or doesn’t continue to hold the digital collectible because it lost 50% of its value. Or they sold when it’s at $100K and made all profit.

It becomes a game of who can pass the hot potato faster and make a profit while doing it. The challenge is in monitoring the crypto prices and non-fungible token values since they change every minute, and it’s not like the stock market where it closes after a specific time.

Using tools like Tokenhead and nft tools, you can stay ahead of the trend, understanding when a project’s demand decreases.

5. Costs of Minting Eats into Profits

Minting is the process of verifying non-fungible tokens to the blockchain, and it’s expensive due to gas fees. Often it’s more costly to mint an nft and lists it on a secondary marketplace like OpenSea, than how much the nft will get purchased for it.

Which presents a challenge because the NFTs are no longer profitable, and all the time invested goes to waste.

NFT transacting costs remain high for new collectors creating their first nft. Also, those collecting the most in-demand NFTs are well beyond the majority of purchasers’ buying power and will become worthless.

Why Hating NFTs Can Become a Regret 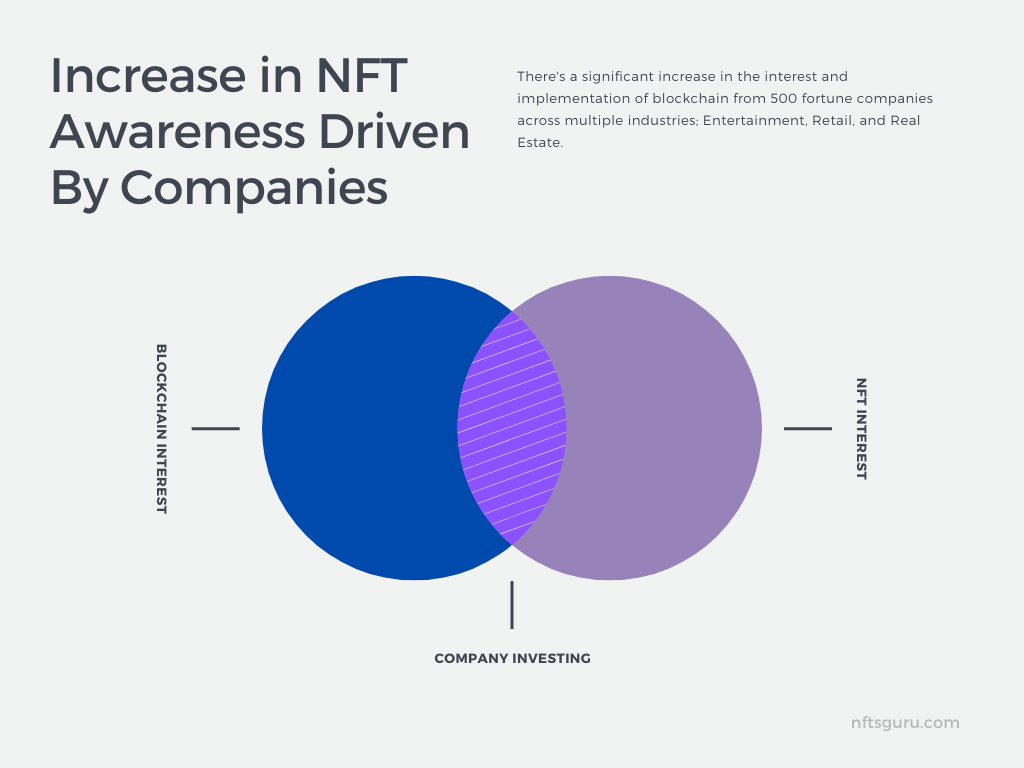 Large companies and brands continue to produce non-fungible collections to prepare for the metaverse. The technology may be new and misunderstood; however, the adoption of the blockchain continues to climb. There’s been an increase in company investment at high-level’ top 500 fortune’ companies between the interest in implementing the blockchain and usage of non-fungible tokens.

According to the survey, respondents believe that the technology will acquire even more popularity in the next 12 to 24 months.

Non-fungible tokens and the blockchain will remain a popular topic for many years. So always learn as much as you can about these topics early, so you have an advantage when the world changes more.

If you’ve to enjoy NFTs, you may also like: How Can You Tell if NFTs Are Fake? Find The Best NFT Wallpaper (4K) For Your Devices Needs What is 1 of 1 NFT Art? Collector’s Guide